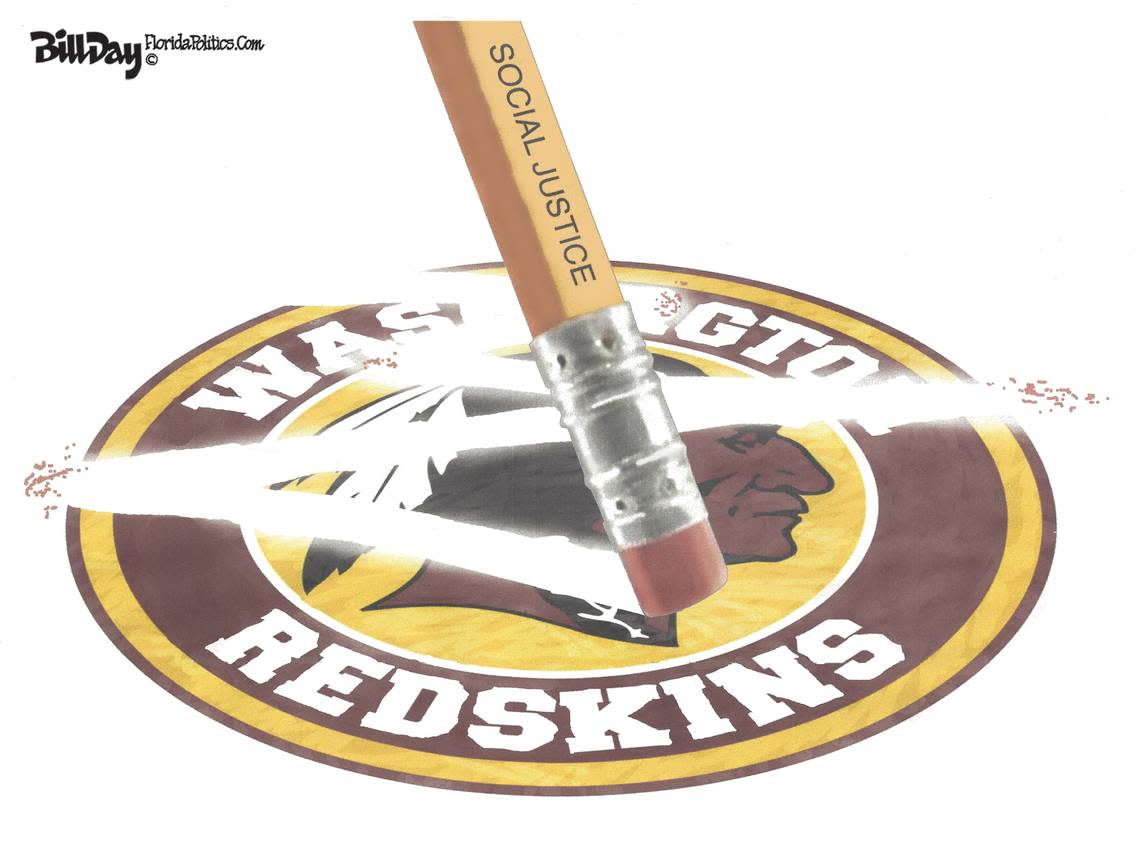 There seems to be agreement that the Seattle Kraken hit a home run in all phases of its unveiling.

After dropping Redskins as its nickname, Washington hoped to have a new name and logo ahead of the 2020 season.

Alas, ESPN’s Adam Schefter said that’s not going to happen, so for the foreseeable future, the franchise will be known as the “Washington Football Team.”

This is not a final renaming and rebranding for team; this is the name it wants to use until pending adoption of a new name in the future. pic.twitter.com/sBs0Uo0ICm

As Schefter noted, this is not the end of rebranding. Call it more of a pause as it seeks a new name.

Here is a look at the uniforms/helmets WFT will be wearing this fall as the color scheme remains the same:

Washington will not have any change to its color scheme. It will still use burgundy and gold. The Redskins logo on the helmet will be replaced by the player’s number in gold. The Washington Football Team will debut its home uniforms in week 1 against the Eagles. pic.twitter.com/8DpC6b0Tyj

Until they adapt a new name, the Washington football team will he called… the ‘Washington Football Team.’ They will no longer have their old logo on the helmet. Will be replaced by the player’s number, per @AdamSchefter. pic.twitter.com/sY0jgN33SI

There is an obvious joke to be made with WFT and it was widely shared on Twitter. Here is an example:

I can’t wait to type WFT for Washington Football Team and my phone autocorrect to WTF.

Hail to the WTFs!