A Clothing Line Inspired By Nature

Miley Cyrus Likes To Decorate Her Home With Sex Toys 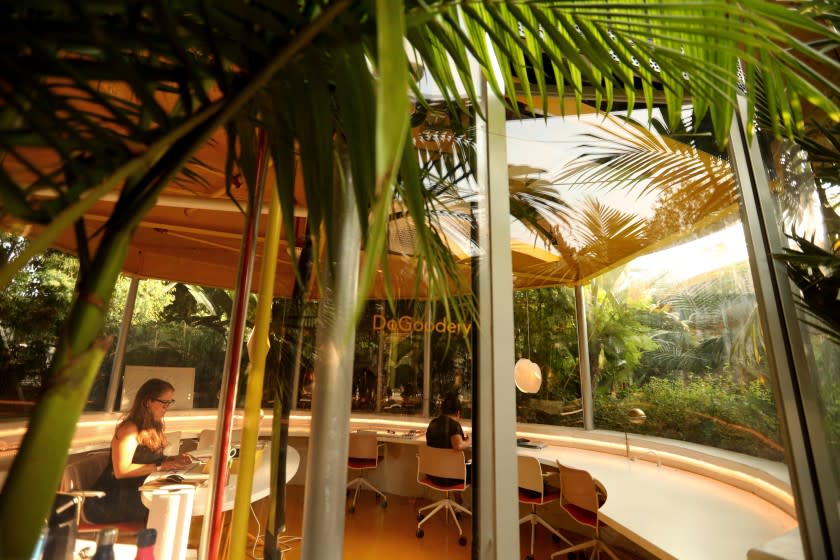 Remember coworking? When independent workers and start-up entrepreneurs would pile into communal offices, sharing overhead and necessities like printers, bathrooms and ventilation systems? A fantastic idea for saving money on real estate and office infrastructure. Not so hot when you’re trying to prevent the spread of mortal communicable diseases.

The COVID-19 pandemic has been rough on the office business. In the second quarter of 2020, office leasing in Los Angeles County fell to its lowest point since the Great Recession, with transactions at 60% to 70% below normal. It’s been especially devastating for coworking spaces, which operate on the principle of high turnover and a changing client base with short-term leases.

As a Marketplace story from April asked: “Will COVID-19 be the death of coworking spaces?” Well, the answer depends on how they’re designed.

When Second Home, a London-based coworking company opened its first U.S. location in Los Angeles in September, its planners couldn’t have imagined they’d be facing a pandemic within a year’s time. But Second Home’s unusual design has allowed the shared space to continue functioning at a time when other nonessential office buildings remain shuttered in L.A. County.

Instead of occupying a sealed, monolithic glass office tower, Second Home inhabits a converted community center where the majority of the work spaces are housed in individual studios (there are 60) in a lush garden that was once a vast parking lot.

“Each studio is individually ventilated; all have windows that open,” says Rohan Silva, cofounder of Second Home, as he winds through the garden. The studios do not have shared elevators or sealed hallways recycling the same stale air. Everything is alfresco.

If so, architecture is going to look pretty out of this world.

From a distance, the studios — designed in a variety of elliptical forms — look like a hallucinogenic cluster of toadstools. Their signature color is a zingy pineapple yellow, a tone that appears not only on the studios’ bright roofs but also as accents on furnishings. The pendant lamps that dangle from the ceiling resemble minimalist cocoons. There isn’t a straight line in sight.

Second Home represents the handiwork of a singular combination of architects. The Modernist main building was designed by L.A. architect Paul R. Williams in 1963 as the former headquarters of the Assistance League of California. The expansion and renovation, completed last year, were conceived by Selgascano, a Madrid-based firm known as much for its exuberant designs as for its attention to questions of environment.

The firm, founded by José Selgas and Lucía Cano, in 2015 became the first Spanish architectural studio to create a pavilion for the Serpentine Galleries in London. For that commission, the architects produced an amorphous, rainbow-colored structure that looked like a couple of multicolored tube socks turned inside out — if those tube socks were created for giant space aliens and constructed by weaving together ribbons made from translucent industrial polymers. Last year, the pavilion was installed at the La Brea Tar Pits to the delight of crowds.

Selgascano has designed all of the Second Home workspaces, which include four coworking complexes in London and one in Lisbon — the latter a wild arrangement of biomorphic desks and plants inserted into the bones of a 19th century market. The architects also did the interiors for Librería, a bookshop run by Second Home in London. (It makes a cameo in the season finale of Michaela Coel’s “I May Destroy You” on HBO.)

For Second Home’s Hollywood outpost, the 10-person firm sought to create a design that wasn’t just hip and recognizable but also healthy — cutting light wells into the two-story main building to bring daylight to the bottom floor and drawing fresh air into internal spaces through the use of open breezeways.

“How architecture relates with the environment is crucial to our well-being,” says Diego Cano-Lasso, a partner at Selgascano, who divides his time between L.A. and Madrid and who led the design on the Hollywood project.

“One of the best aspects of living in L.A. is to be able to open a door and being surrounded by nature,” he writes via email from Spain. “That close relationship with the good weather, hummingbirds and flowers is lost if you have stairs, elevators or corridors in the way. The goal was to work in a garden, where you can be indoors but the outdoors is just a door away.”

The project also signified the innovative reuse and preservation of a building by an important Los Angeles architect (a site that was being marketed as a tear-down when Second Home’s founders stumbled across the listing). Among the Williams flourishes that were preserved: a dramatic curving staircase that leads to the second floor.

Cano-Lasso says it was important to him to show respect for Williams’ design. “The spaces are very functional, well proportioned,” he writes, “and very well interrelated around a courtyard that has become the heart of the campus.”

Much of the work done by Selgascano at Second Home involves a surgical rethinking of the old building’s function and materials, rather than an energy-guzzling gut and rebuild. In this way, Second Home echoes another space Cano-Lasso designed in L.A.: Sam First, near LAX, an anonymous-looking storefront amid hotels and parking structures that was transformed into an intimate jazz club through the innovative use of materials. In this case, industrial tubing (the kind often used in food processing) arrayed in a geometric pattern along the wall and the ceiling in a way that evokes the layers of wood.

The goal was to make something “comfortable and intimate,” Cano-Lasso notes, “but also playful and improvisational.”

At Second Home, Cano-Lasso left the bones of Williams’ building intact while adding flourishes. The main building’s former event space was transformed into a drop-in workspace, its aspect modernized with plastic butcher curtains and a wild arrangement of drainage pipes on the ceiling. (That space is currently closed because of COVID-19 regulations.) The open-air courtyard area became an informal work and meeting space. Parts of the building were punctured by open-air breezeways. The garden studios in the former parking lot are pods surrounded by thick plantings of drought-tolerant plants, which provide shade and a privacy screen.

“If you create something healthier,” says Silva, “it ends up being more resilient.”

Even the materials Cano-Lasso chose for the tables and desktops ended up being a good bet for the novel coronavirus era: Corian, a nonporous composite material, is often used as a surface in hospitals.

Like every other business, Second Home has had to retool for the financial reality of the pandemic. It has lost some clients and others have reduced the amount of space they rent. Second Home has also had to develop more flexible pricing for small businesses that may find themselves operating on a month-to-month basis.

But the openness of the garden studio architecture has helped the complex maintain a roster of 100 clients that include entertainment, tech and construction companies, nonprofits and other collaborators who need a safe space to gather and work.

“Maybe this will force developers to think differently,” says Silva. “Bring nature and health and wellness front and center and not see it as a nuisance.”

Selgascano proves that architectural solutions to problems such as the pandemic don’t always need to be high tech. With recycled wood, cheap industrial materials and lots of imagination — not to mention simple features, such as windows that open — it has created structures that function in our current moment. And likely in our future too. 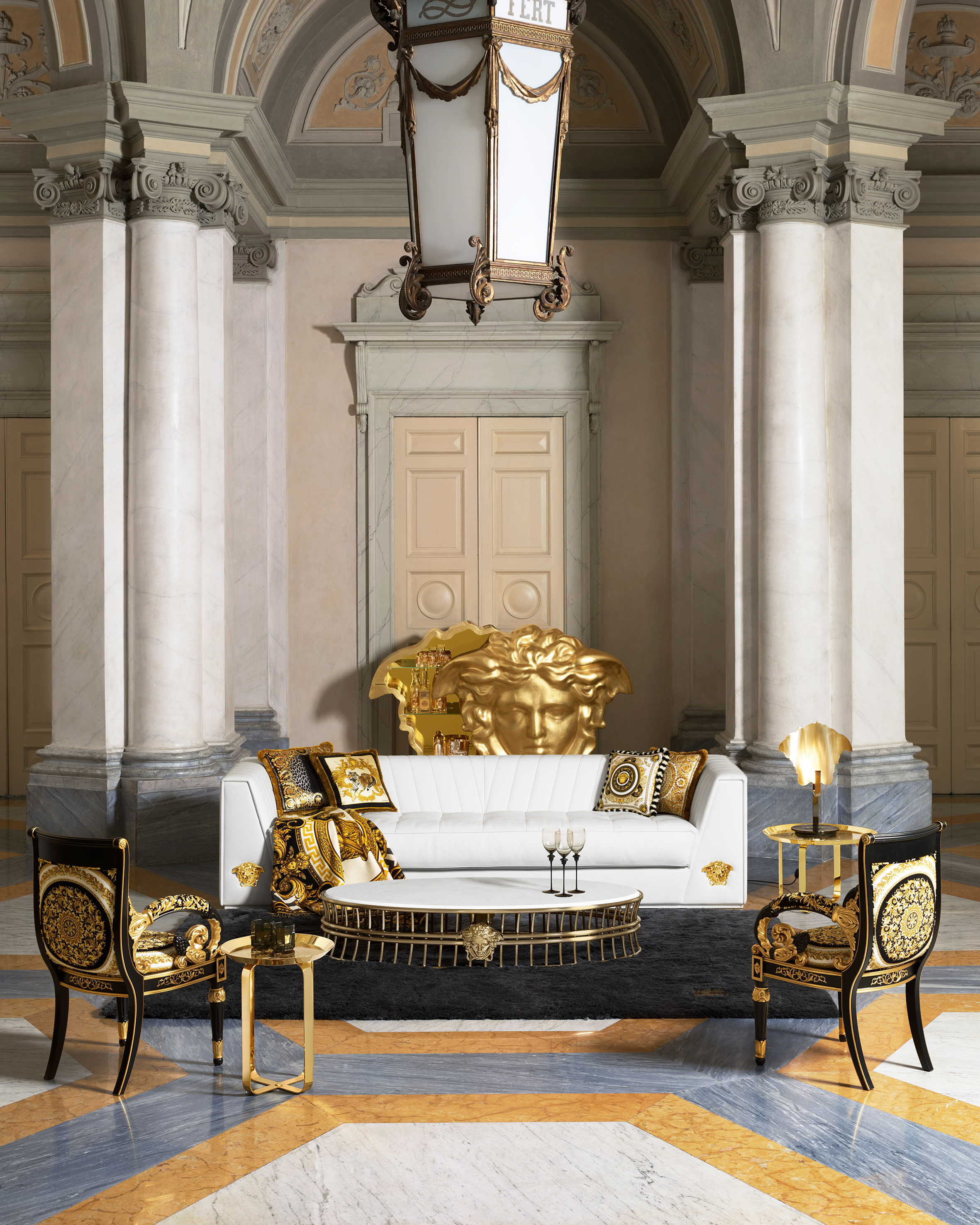