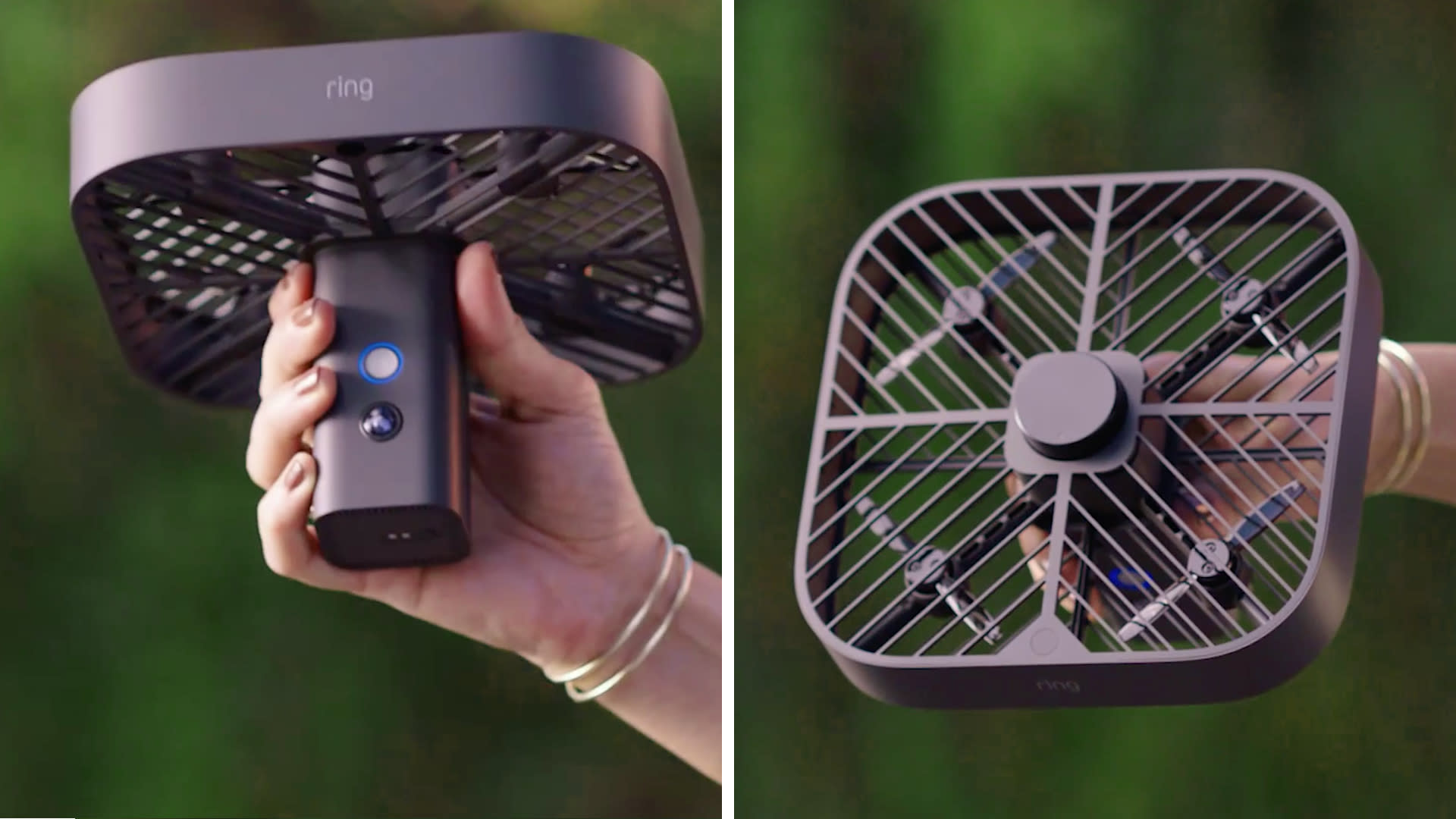 It is designed to activate only when residents are out, works indoors, and is limited to one floor of a building.

The firm also unveiled an online games-streaming service and a voice-activated screen that swivels about.

But one campaign group described the drone camera as Amazon’s “most chilling home surveillance product” yet.

“It’s difficult to imagine why Amazon thinks anyone wants flying internet cameras linked up to a data-gathering company in the privacy of their own home,” said Silkie Carlo from Big Brother Watch.

“It’s important to acknowledge the influence that Amazon’s product development is having on communities and the growing surveillance market.”

When the Always Home Cam is triggered by a suspected break-in, owners will get a smartphone alert to let them see live footage.

Amazon said that privacy had been “top of mind” when the machine was designed.

“It only reports when it’s in motion, and when it’s not in motion it actually sits in a dock where it’s physically blocked from even being able to report,” explained Leila Rouhi, president of Ring.

“In addition to that, it’s built to be loud, so it’s really privacy that you can hear.”

“The Always Home Cam is an incredibly ambitious device that will seem like something from a science fiction movie for many consumers,” commented Ben Wood from the consultancy CCS Insight.

“I expect it to generate a huge amount of interest from technology enthusiasts who are typically the people who embrace smart home technology first. However, it is also likely to provoke a huge discussion around privacy and the future role of technology in the home.”

The Ring division also unveiled a new security camera designed for use in a car, which monitors for nearby activity when the vehicle is parked.

It can also start recording video if a driver is pulled over while on a journey, potentially allowing them to record an interaction with the police.

Ring’s business has previously been criticised because it has encouraged users to share their recordings with the authorities. This has prompted claims that it is normalising surveillance technologies that can intrude on people’s lives.

Global consumer spending on smart home products is expected to fall about 15% this year to $44bn (£24.5bn) due to the economic downturn caused by the Covid-19 pandemic, according to market research firm Strategy Analytics. But it predicts a rebound in 2021.

Amazon’s rivals have previously accused it of anti-competitive behaviour by selling its products at a lower price than they cost to make, in order to secure market share.

When questioned about sales of the firm’s Echo speakers in July, chief executive Jeff Bezos said the firm did not lose money on the range when they were sold at “list price”, but acknowledged they were often on promotion at a lower cost.

Amazon’s other big announcement was the launch of its long-rumoured cloud-based games-streaming service.

Luna will run games on remote computer servers so that players do not need to buy a console or other dedicated devices beyond a controller.

Its Luna+ channel will offer access to a selection of older games such as Control, Resident Evil: Biohazard, Sonic Mania and Metro: Exodus for $6 a month.

Many gamers may be more interested in the forthcoming “Ubisoft channel”, which will include the publisher’s next Assassin’s Creed game among other blockbuster releases. The monthly cost of the Ubisoft channel has yet to be disclosed.

At launch, Luna will work with Amazon’s own Fire TV dongles, Windows and MacOS computers, as well as on iPhones and iPads via the web browser.

Support for iPhones and iPads is notable as Apple has restricted other high-profile games-streaming services that did not obey its App Store rules.

Luna will compete with Google Stadia, which launched about a year ago and has struggled to establish itself in a busy marketplace.

However, Amazon has the advantage of owning the hugely popular Twitch platform, where people watch each other play. This could help it promote Luna.

“Amazon is allowing third-party channels on Luna, but at an additional cost to the user,” commented Piers Harding-Rolls from Ampere Analysis.

He added that this was the opposite strategy to Microsoft, which had recently revealed it was bundling EA Play with the ultimate edition of its Xbox Games Pass without raising its price.

It is easy to forget how quickly drone technology has developed.

Always Home Cam is straight out of a 1980s science-fiction movie. But this is 2020, and the technology for flying security drones is here.

For years, Amazon has been using drones to try to speed up its delivery network. And in the past, its patents have suggested these could also provide a surveillance service.

But using drones for security inside the home is a new development.

There are general worries that this is the thin end of a wedge.

Future products might include Ring drones that operate around your house at times other than a suspected burglary – maybe there will even be guard drones in the future.

Other announcements during Amazon’s virtual event included a revamp for the firm’s Echo and smaller Echo Dot smart speakers, which now come in spherical designs.

The devices can now recognise when a child is speaking to them and adapt their responses accordingly – for example selecting “kid-friendly” songs when asked to play music.

The firm said that a new computer chip inside would allow more artificial intelligence-related tasks to be processed locally, meaning responses to commands and questions could be given more quickly.

Amazon also launched a new version of its Echo Show 10 smart screen, which can now rotate to stay facing its users as they move about. In addition, the built-in camera has been upgraded to a 13-megapixel component to allow it to digitally zoom in and track users.

This should help the machine keep the owner in view during a video chat, and mirrors the capabilities of Facebook’s rival Portal product.

The device will also add support for Zoom video calls and Netflix, as well as retaining Amazon’s proprietary services and Skype.

Amazon added that Alexa’s voice would soon sound more natural, by adding pauses for Alexa to take a “breath”.

And it said the virtual assistant would soon become better at recognising when customers were talking to it and when they were talking to each other, after it had been activated by a wake word.

This should help it avoid responding to speech that is not directed at it.

Amazon Echo is forecast to have 11.6 million smart speaker users in the UK by the end of 2020, according to research firm eMarketer. By contrast, it says the nearest competitor Google Home would have 3.7 million. 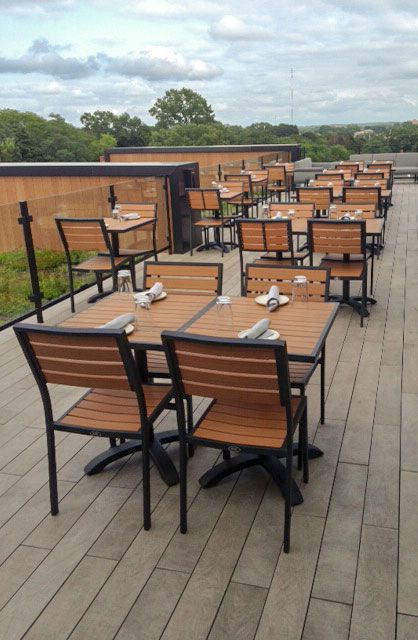 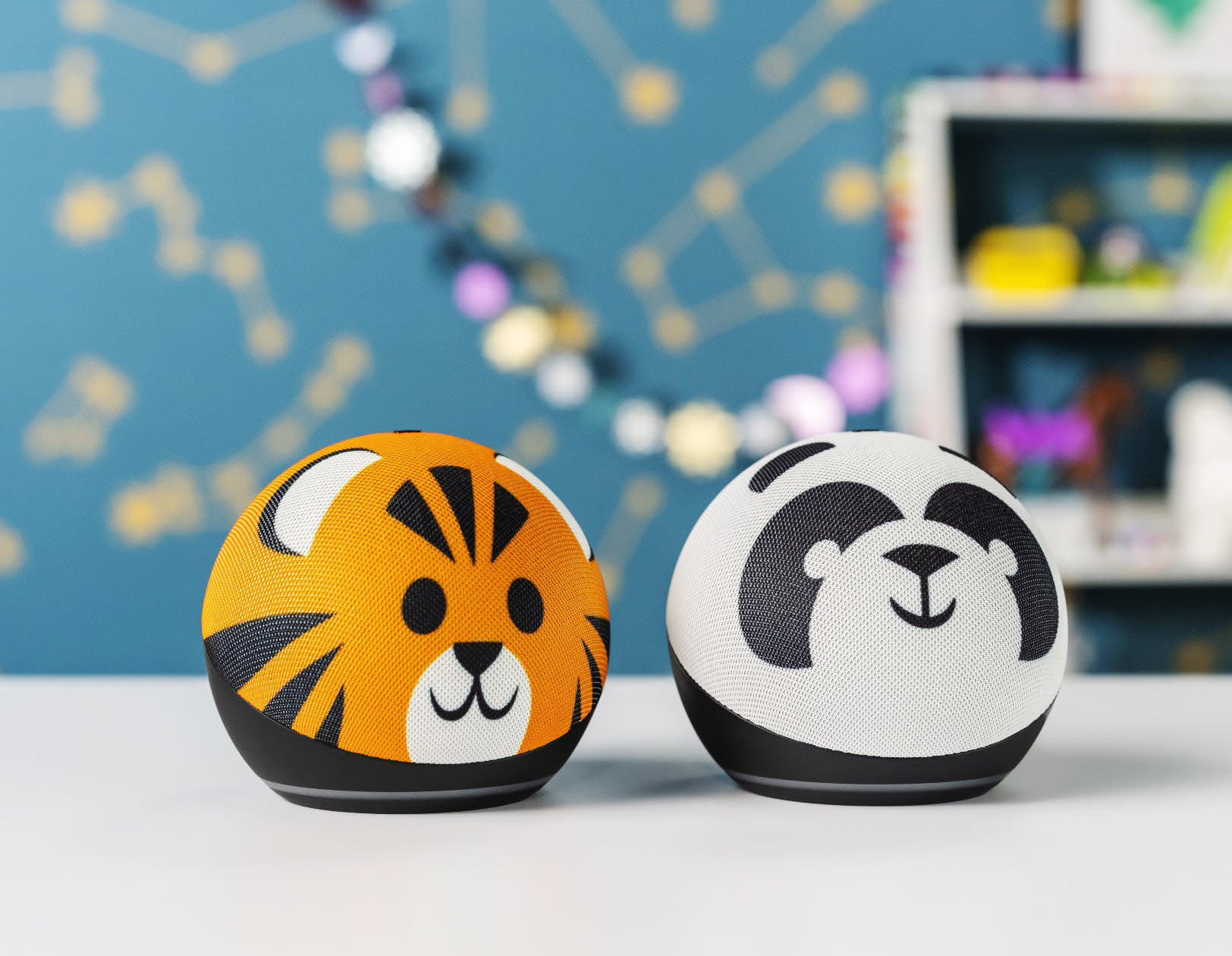