Princess Eugenie has made a rare appearance from the garden at her home with her husband Jack Brooksbank. The space was inadvertently revealed as she joined charity Teenage Cancer Trust on ICAP Charity Day on 10 December to show her support for the organisation as a patron.

“Hello everyone at ICAP, I just wanted to say thank you so much from me on behalf of the Teenage Cancer Trust, that I’ve been supporting for many years now,” she said.

DISCOVER: Pregnant Princess Eugenie films inside beautiful home ahead of move to Windsor

Speaking of the impact of the coronavirus pandemic on young people with cancer, mum-to-be Eugenie added, “These people would be alone and not having the support that the Teenage Cancer Trust gives them. We just want to say a big thank you to you – you guys are amazing for doing this.”

Behind her was a wilderness featuring everything from trees and hedges to brambles that form a whimsical effect reminiscent of the Duchess of Cambridge’s Back To Nature Garden at the RHS Chelsea Flower Show in 2019. The footage also revealed that the garden is lined with exposed brick walls, albeit masked by a myriad of plants.

It’s not clear which home the garden is at: Eugenie and her husband Jack had been living at Ivy Cottage in Kensington Palace, but it was recently announced that they would soon be relocating to live at Prince Harry and Meghan Markle’s Windsor home, Frogmore Cottage.

Removal vans were spotted nearby to their London property, but Eugenie went on to make another virtual appearance from the home at the start of December for the Salvation Army, suggesting that they were yet to have upped sticks.

Nonetheless, the couple are expecting their first child in early 2021, and so it would make sense that they hope to get settled at their new house in Windsor ahead of the newborn’s arrival.

Frogmore Cottage is believed to have five bedrooms, a kitchen, a living room and a nursery, after the Duke and Duchess of Sussex renovated the property for £2.4million before moving in.

Make sure you never miss a ROYAL story! Sign up to our newsletter to get all of our celebrity, royal and lifestyle news delivered directly to your inbox. 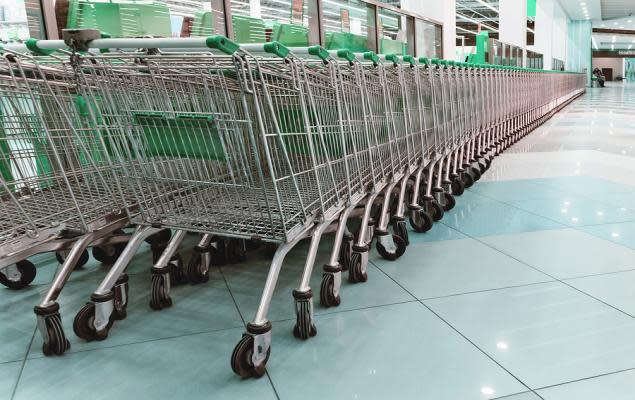